In July 2003, the Pennsylvania Legislature mandated that the Department of Banking conduct a study of residential lending practices in light of elevated levels of foreclosure in the Commonwealth. The Secretary of Banking hired Reinvestment Fund to undertake this study and to provide the facts upon which the Department could develop a plan of action.

Based on Reinvestment Fund’s findings and recommendations, the Pennsylvania State Legislature recently considered and enacted several changes to help reduce foreclosures. One prominent change was made to Pennsylvania laws governing interest rates (Act 6 of the Loan Interest and Protection Law) and the foreclosure process (Act 91). When passed in 1974, Act 6 provided enhanced protections to homeowners who had a residential mortgage up to $50,000. 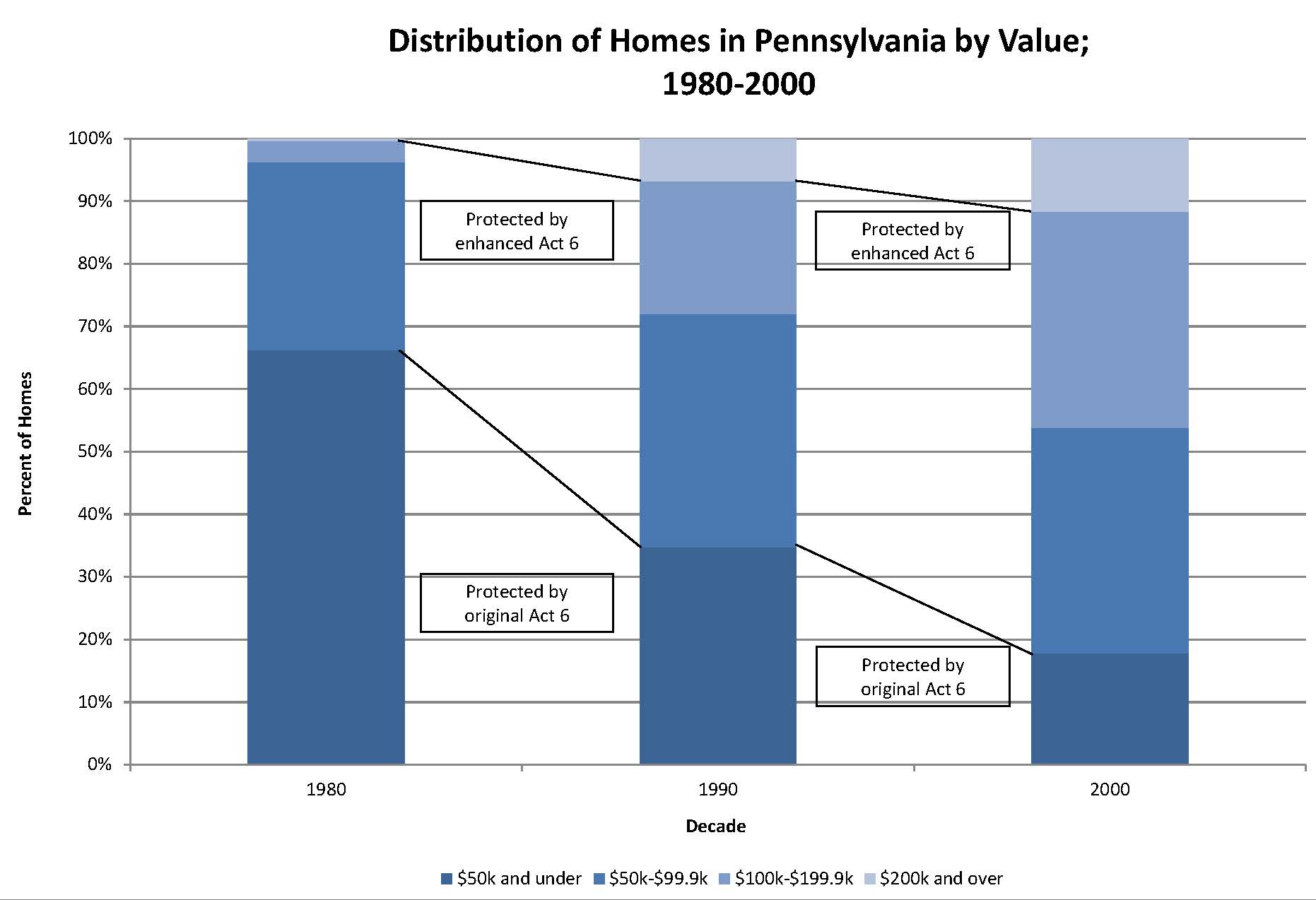 Reinvestment Fund’s study found that between 1980 and 2000, the number of homes in Pennsylvania under that $50,000 threshold fell from 66.3% to 17.8%. If the threshold value were to have been indexed to inflation, it would now be $197,000. That value would give over 90% of Pennsylvania’s homeowners the Act 6 protections. This threshold increase was among the specific changes made by the Legislature based on Reinvestment Fund’s analysis. Other changes included improved licensing regulations for mortgage brokers, enhanced protection against inflated appraisals and better data collection on homes in imminent danger of foreclosure.