KIPP Cooper Norcross is part of the Knowledge is Power Program (KIPP), which is a national leader in charter schools—emphasizing partnerships among parents, students and teachers. It was the first Renaissance School approved under the New Jersey Urban Hope Act and will operate at a unique intersection between public and charter school models—holding the autonomy of a charter school while maintaining a cooperative relationship with the school district. 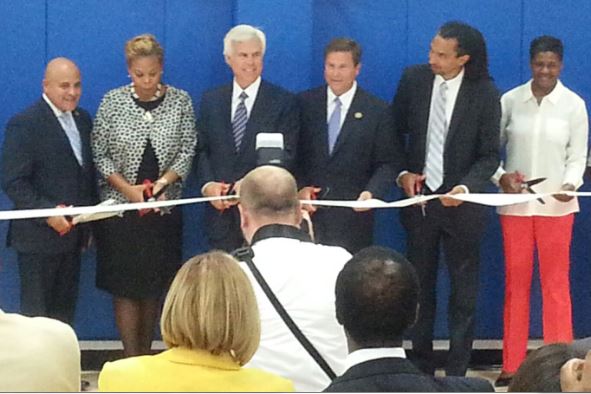 Nationally, the college enrollment rate of KIPP graduates exceeds 80%. KIPP Cooper Norcross will ultimately open three more schools to serve a total of 2,850 students in Pre-K through 12th grade. This is approximately 20% of all students in Camden, which could mean more than doubling the number of students in the city who attain a college degree.

Families in Camden’s Lanning Square neighborhood, where KIPP Cooper Norcross is located, had been without a neighborhood school for more than a decade. Reinvestment Fund has also invested in affordable housing in this community, supporting St. Joseph’s Carpenter Society and Coopers Hill Townhomes, which have built more than 60 homes for families in the neighborhood.