Velma Wilson has always loved a good challenge and has devoted the past seven years of her professional career to creating opportunity for Quitman County and its residents. 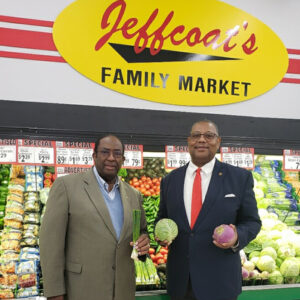 As Quitman County’s Economic & Tourism Director, she had successfully led the County in its quest to bring an Amtrak station to Marks. A project almost two decades in the making, the Marks Amtrak station opened in 2018, giving residents of the Mississippi Delta better travel options. It also brought in tourists exploring the area’s historic ties to the Civil Rights movement and country, rock and blues music.

When the County lost its only grocery store, it turned to Ms. Wilson to help lead the search for a new operator. “This was a top priority for the County,” shared Ms. Wilson. “The entire County was a food desert.”

Part of the Mississippi Delta, Quitman County has long been known for its agriculture and manufacturing. At its peak in the 1940s, the county was home to 29,000 residents. But with the Great Migration and mechanization of agriculture, its population began to shrink. The last straw was the closing of the Bunge plant in Marks, which crushed soybeans and cotton seeds. Today the county is home to just over 8,000 residents.

Ms. Wilson recalls a time when supermarkets chains like the Piggly Wiggly and Kroger had stores across the county. But over the years, the chains left and four years ago, the only remaining supermarket, the Supervalu in Marks, closed its doors too.

“It’s hard to imagine that a community surrounded by rich soil, water and farms, would have such difficulty buying fruits and vegetables,” shared Ms. Wilson.

Residents had to travel a 30-minute drive away to pick up basic groceries from stores in neighboring counties. For Quitman’s sizeable elderly population, the problems were compounded. Health issues and the lack of reliable transportation made shopping for fresh food tough.

By early 2020, the County had an agreement with the Save-a-Lot banner to open a store in the previous supermarket’s location. But before long, the world changed. The COVID-19 pandemic brought uncertainty and soon the project with Save-a-Lot fell through.

With the onset of the pandemic, Quitman County officials also worried about exposing residents to unnecessary risk with travel to crowded stores.

“Financing was a critical piece of the puzzle…It helped us bring in Jeffcoat’s and give this community much needed access to fresh food and groceries.”

There was a new urgency to finding an operator. That was Ms. Wilson and her team at the County approached James Jeffcoat, an independent grocery operator, who ran a supermarket in Tunica in the neighboring county.

Mr. Jeffcoat had been in the grocery business all his life. He managed the Sunflower Food store for 35 years before opening his first store, Jeffcoat’s Family Market, in Tunica a decade ago.

Jeffcoat had been looking to expand to a second store and had even looked at the dark Supervalu location a few years earlier.

“The building needed improvements and the equipment in the store was old and needed to be replaced. The economics did not work for me,” said Mr. Jeffcoat.

But things were different this time around. Quitman County and the City of Marks had already come together to make some improvements to the building in order to attract a grocer. To bring in additional resources, they partnered with Mr. Jeffcoat to apply for a grant from the USDA’s Healthy Food Financing Initiative, administered by Reinvestment Fund.

This past March, thanks to the HFFI grant, Jeffcoat’s Family Market opened its second location, a full-service grocery store in Marks. The grant supported renovations to the store, such as installing new refrigerated display cases for fresh produce

“Financing was a critical piece of the puzzle,” said Ms. Wilson. “It helped us bring in Jeffcoat’s and give this community much needed access to fresh food and groceries.”

The public-private partnership is also collaborating with a Mississippi Delta Council food hub to supply local produce to the store. Additionally, the partnership is working with the Aaron Henry Community Center locally to help coordinate transportation for the elderly to have access to the grocery store.

Mr. Jeffcoat has also invested in hiring and training. The store has hired 40 new employees locally and has spent weeks leading up to the opening on training related to new equipment and service.

To Mr. Jeffcoat, bringing together a well-trained workforce is critical to success. “A building is just a building without good people in there,” he explained.

For Ms. Wilson and local residents, the opening of the store is so much more. “The store gives us all hope,” said Ms. Wilson. “It’s a door for bigger things to happen here.” 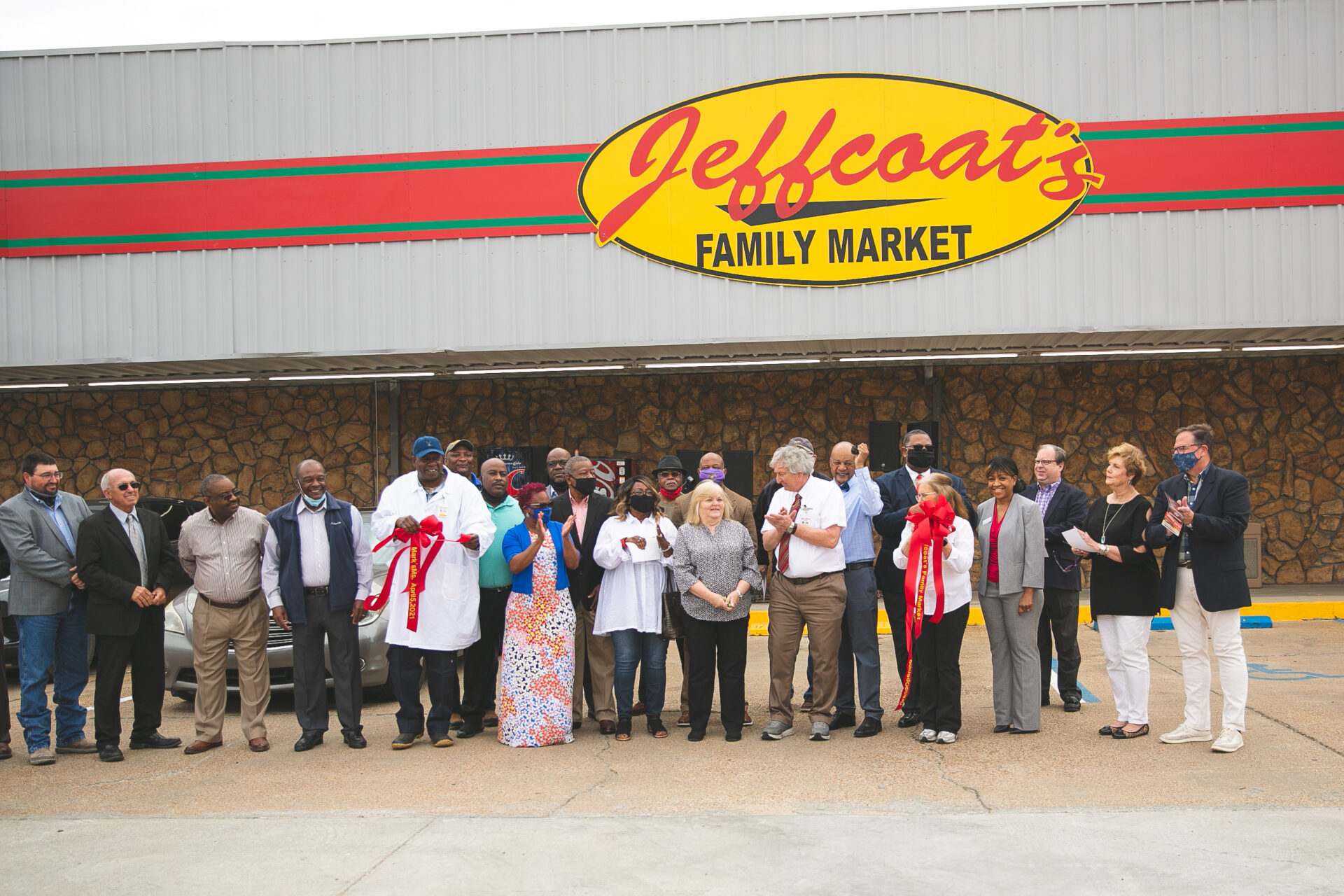