Willie Weatherspoon, 71, a retired office worker, lives in Delavan Grider, a neighborhood on Buffalo’s East Side. Blind in one eye, with only 50% vision in the other, she can’t drive and doesn’t own a car. The closest market is nearly three miles away, so she counts on her adult children to take her food shopping. Even then, the fresh fruits and vegetables she likes so much are expensive.

Not surprisingly, she is elated at the prospect of having an indoor farmer’s market a few blocks away from home, offering fresh, affordable produce and locally raised fish.

“It will be so wonderful,” she says. “My grandchildren stay with me most days after school, and we’ll be able to take a stroll down there to pick up whatever we need. I like greens. I like tomatoes, and cucumbers. I like fish. This is going to make a huge difference, not just for me, but for all the people in this neighborhood.” 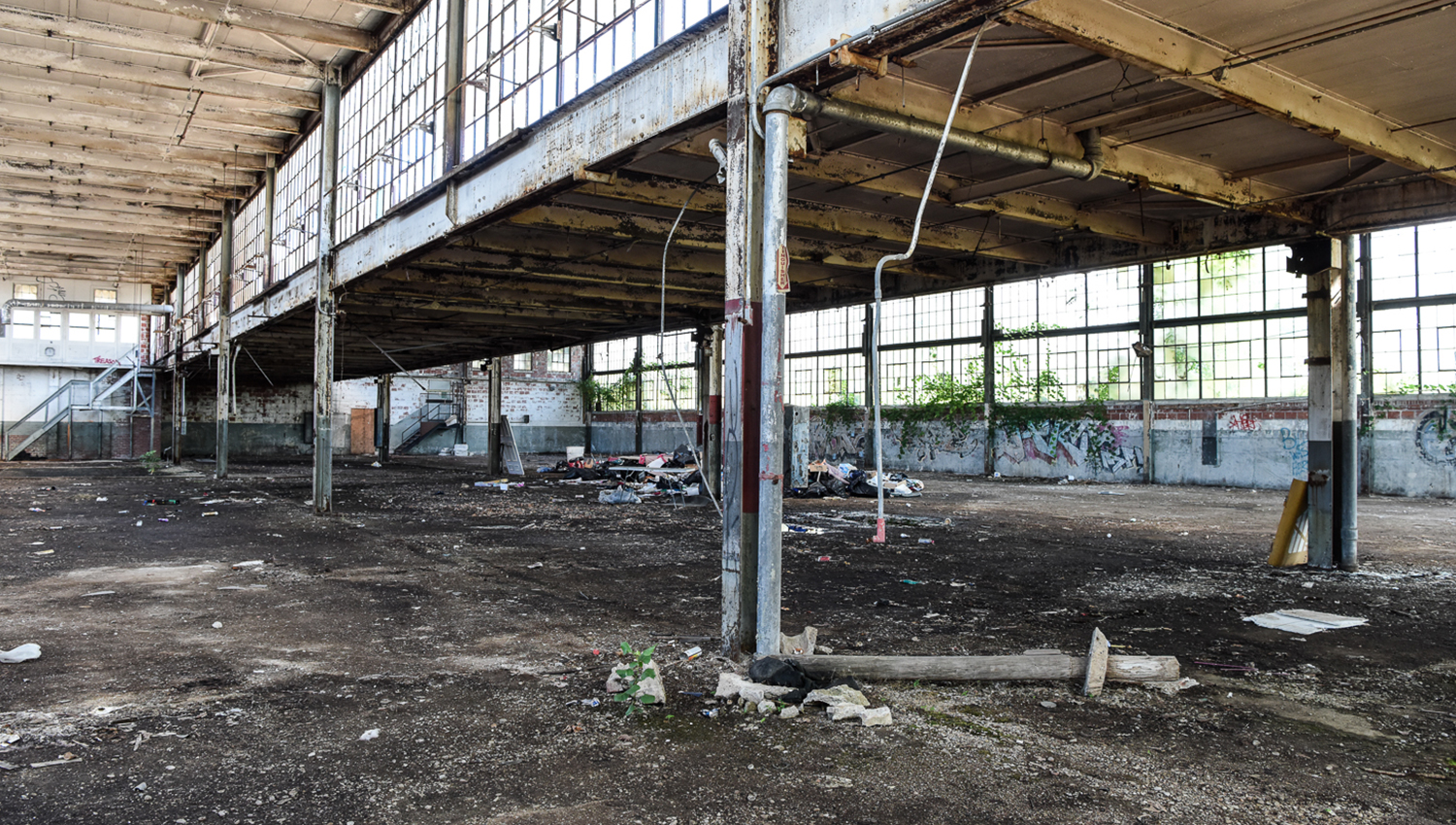 This old manufacturing building will become home to a thriving farmers’ market and other community resources. Photo credit: Joe Cascio, 2016

She is right. According to the County Health Rankings, Erie County, where Delavan Grider is, ranks 50th out of 62 counties in New York State in health outcomes. Data from the Centers for Disease Control and Prevention indicate that residents of Delavan Grider suffer from high rates of diabetes (19%), obesity (36.7%), and hypertension (50%). And according to 2010-2014 American Community Survey estimates, 47.7% of households have an annual income of less than $25K, compared to 22.9% for all of New York State.

Access to affordable, fresh, and nutritious food could have a significant impact on resident health and wellbeing. But Delavan Grider residents can’t easily get to a market right now. The neighborhood is among those with limited access to healthy food as defined by the U.S. Department of Agriculture, meaning its residents live one or more miles from the nearest grocery store. Most residents don’t drive or own cars.

“We are a food desert. When I go out into the community, I see obesity everywhere, even among the children. We all need the chance to make better food choices.”

They soon will get that chance, with support from Invest Health, a collaboration between the Robert Wood Johnson Foundation and Reinvestment Fund. This joint effort provides opportunities for local government, community leaders and businesses to work together in
mid-size cities such as Buffalo on new initiatives aimed at improving health and well-being.

For Delavan Grider, a low income, predominantly African- American community of mostly retirees, this means taking an old abandoned manufacturing building, vacant for 30 years, and turning it into, among other things, a large indoor farmers’ market that grows and sells food right in the community. The project brings together health officials from the Erie County Medical Center, the P2 Collaborative of Western New York – the administrative arm of the project – city government, and local community activists.

“We will be bringing life to this neighborhood,” says Rita Hubbard-Robinson, a local Invest Health team member. “The idea is to have a campus where this market is a social engine that supports good health habits.”

“One of the beautiful things about this neighborhood is its great civic ethic – these are closely knit people who help one another. It’s a strongly knit community buttressed against a former manufacturing corridor. This is a very sweet neighborhood where people put flower boxes on their porches, and always shovel their sidewalks in the winter.”

The initial phase of the project will create a sustainable hydroponics system where produce will be cultivated and sold in a public market, which will serve as the hub of the new enterprise. Over time, the project will incorporate an aquaponics system for raising fish. It will bring in new industry and simulate job growth – especially for the community’s young people – and ultimately add more health initiatives as it expands in the coming years. Once the fruit and vegetables start growing, and the fish begin to reproduce, some of that food likely will be sold to local restaurants, with profits reinvested back into the project.

Eventually, the project will also offer nutrition education, healthy cooking and fitness classes, and diabetes screening, with the goal of redirecting residents, especially the next generation, away from the fast food restaurants in the area to the new neighborhood source of good, wholesome food.

John Craik, executive director of the P2 Collaborative, agrees. “It will be years before you see obesity and diabetes rates go down, but if it takes years, that makes it all the more important to start now,” he says, adding: “We want to give people in the community a sense of hope to feel they haven’t been left out – and this will almost certainly do that.”

Crowell and others hope that eventually the project will produce “everything the neighborhood needs,” she says. “It won’t only be good for health, but it will be good for the community to see the growth, to see those boarded, rundown, dilapidated buildings reopened and doing something good in the neighborhood. I can’t wait for the stores to be open, for jobs to be generated, and to see those fish swimming around.”