High-quality early learning experiences support positive child development and prepare children for success in school and beyond. Access to quality child care is especially critical for low- and moderate-income families, allowing parents to maintain employment while also giving their kids a strong foundation. Given the enormous importance of high-quality care for children and families, Reinvestment Fund’s Policy Solutions team has developed an analytic approach to help cities identify gaps in access. The results help practitioners, policy makers, lenders, and parents make decisions about child care, and can be used for research, planning, exploration and investment. 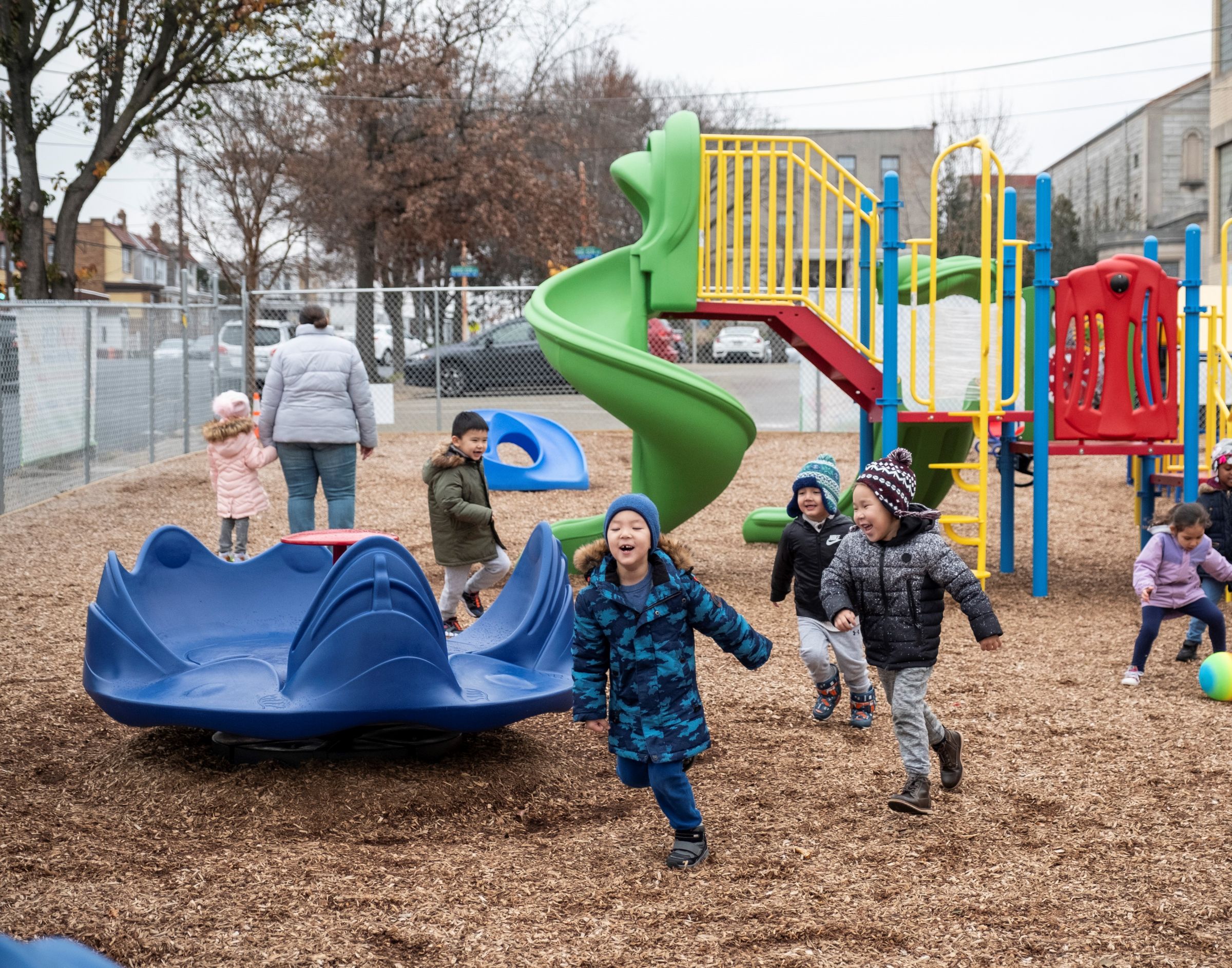 To model the supply, demand, and geographic gaps in access to high quality child care across localities, Policy Solutions accounts for a number of challenges that can make these estimations difficult: (a) data on the supply of childcare is fragmented and incomplete; (b) the level of demand for childcare is generally unknown; (c) demand needs to reflect utilization behavior and must be adjusted for where parents work; (d) gaps — especially spatial gaps — cannot be defined without sound measures of supply and demand. And with no single data source for this information, the analysis relies on estimates of supply and demand derived from multiple datasets.

In each study area, Policy Solutions assembles a project advisory group of local early childhood experts to vet data quality and to review statistical and spatial methods to ensure results paint an accurate portrait of access to care. Information on the supply and quality of local childcare is gathered from state education agencies, local school districts and other Head Start program operators, and proprietary business listing services. The team draws on state or regional quality rating and improvement systems (QRIS) or national standards (National Association for the Education of Young Children). Estimating demand begins with where children live and is adjusted with employment data to approximate how many parents seek childcare near workplace rather than residence. 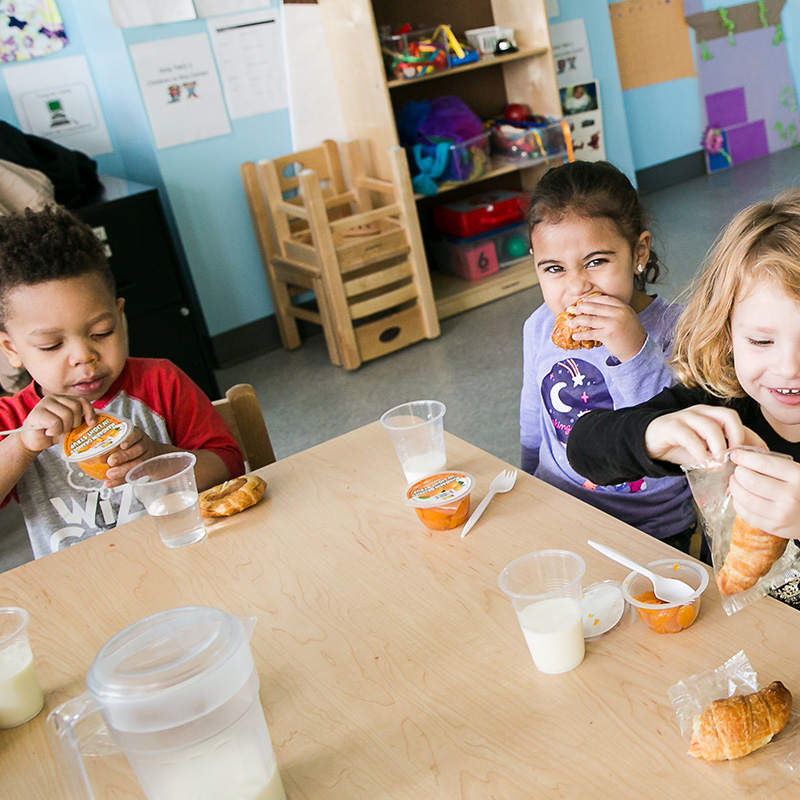 Policy Solutions has successfully applied its childcare analytics approach in Philadelphia, Newark, NJ, Passaic County, NJ with a focus on the city of Paterson, as well as Atlanta, GA and Washington, DC.

In Philadelphia, the work has been used to guide investment business planning supports, and facilities-related projects through the Fund for Quality (FFQ), a partnership between Reinvestment Fund and Public Health Management Corporation (PHMC) with support from William Penn Foundation. Similarly in Washington, DC the Bainum Family Foundation is partnering with Reinvestment Fund and PHMC to use its analysis to target business planning supports and investments to increase the supply of high-quality early learning seats for infants and toddlers in Wards 7 and 8. 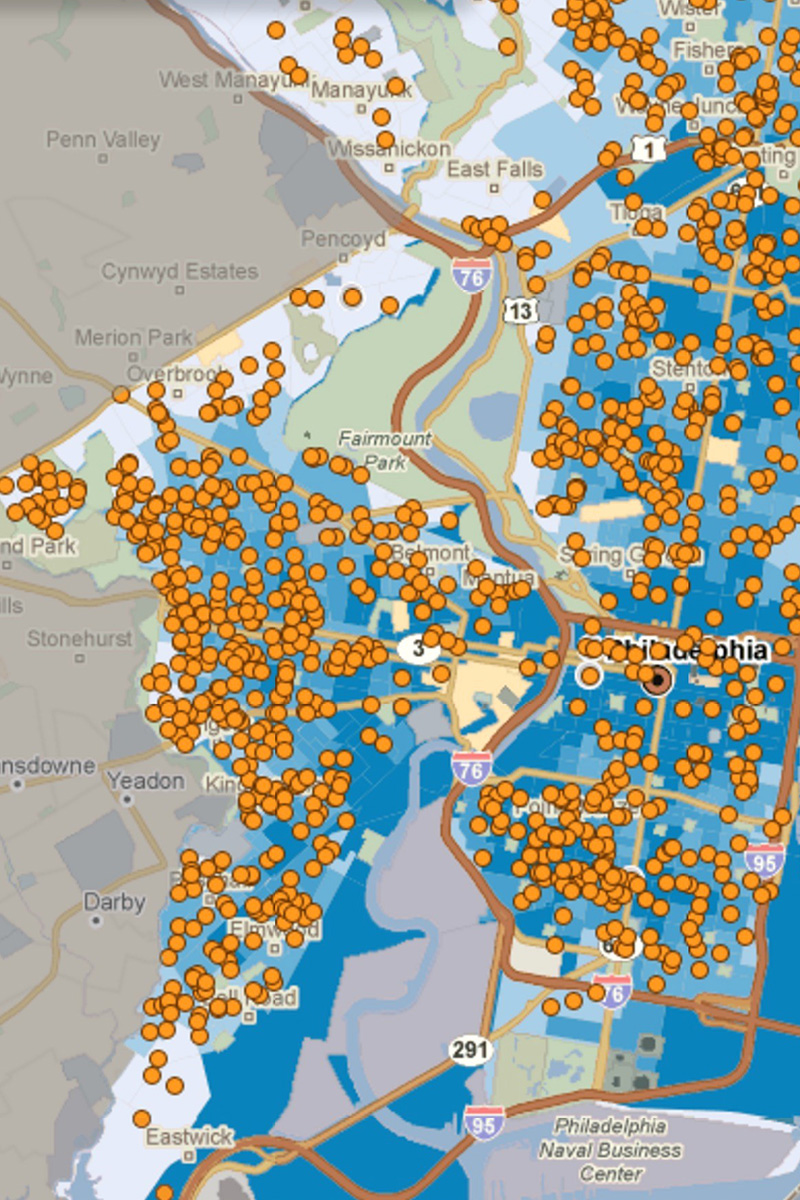 Policy Solutions estimated gaps in access to high quality childcare with the support of the William Penn Foundation. The analysis used six different databases to estimate the universe of childcare establishments and capacity in Philadelphia (approximately 25% of which is not certified by the Commonwealth of Pennsylvania). The Keystone STARS program, Pennsylvania’s QRIS, provided a metric of childcare quality along a one to four star scale.

The methodology was designed and tested in Philadelphia in close consultation with a stakeholder group of 25+ subject matter experts (including policymakers, practitioners, investors, government officials and technical assistance providers). An interactive map presenting the results, created in partnership with Reinvestment Fund’s PolicyMap affiliate, is available to the public at: www.childcaremap.org.

The results of this research helped launch the Fund for Quality (FFQ) to invest in Philadelphia’s high-gap areas, especially those that serve lower income neighborhoods and children of color. In its first three years, Fund for Quality has created over 1,000 new child care slots and expects to create another 1,400 seats by 2020. 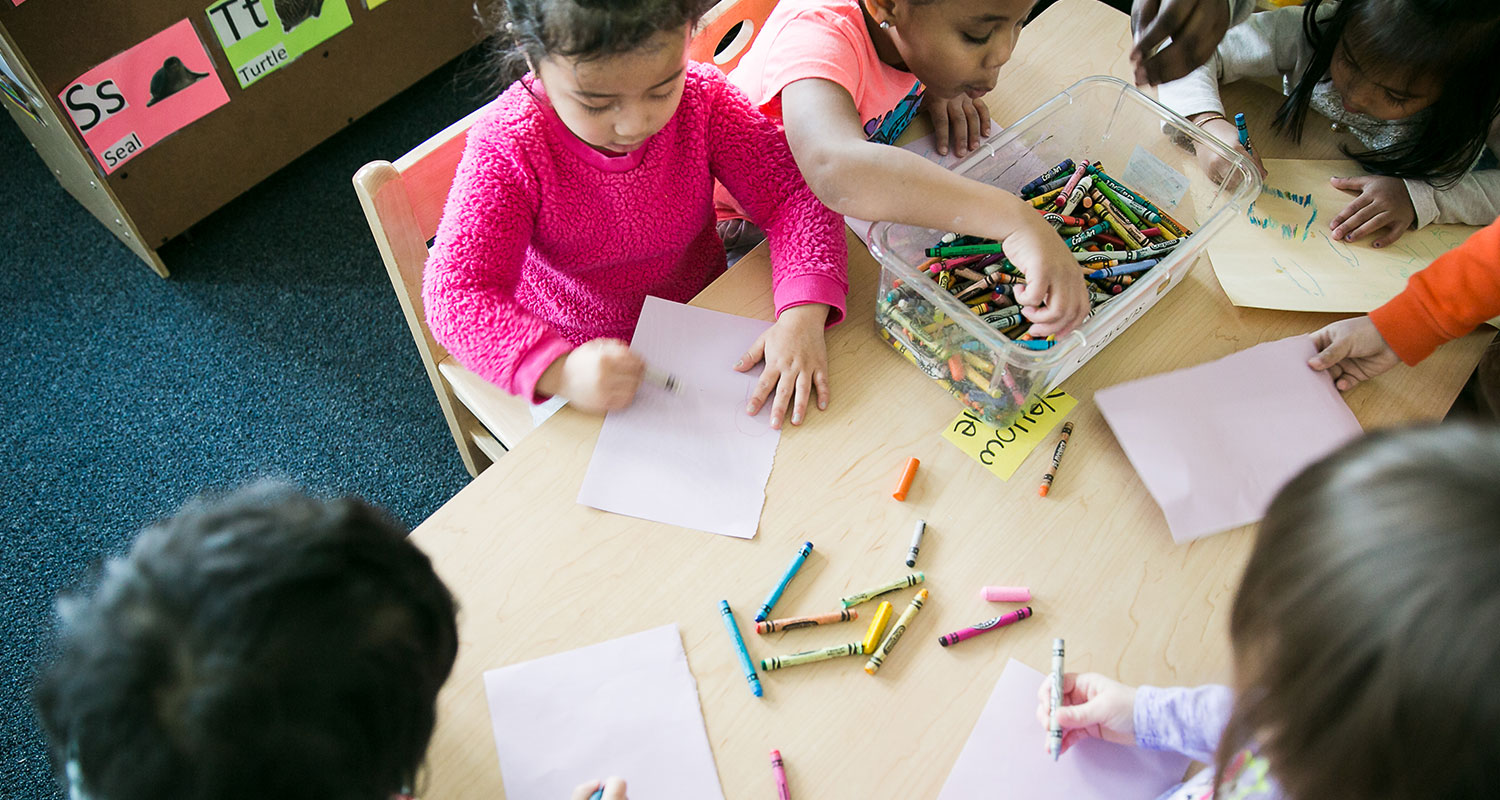 In Washington, DC, Policy Solutions is working with the Bainum Family Foundation as part of its commitment to improve early childhood in the District of Columbia. The Foundation’s strategic plan calls for adding 750 high-quality early learning seats in these two wards by 2020. Efforts to meet this goal include creating new seats through facility construction and expansion, as well as improving the quality of facilities with existing seats.

The project began with advance work to prepare service providers to make capital improvements and add sustainable high-quality seats. This work includes a supply and demand analysis of infant and toddler child care in the District to help target resources where they are needed most. The completed analysis is accessible at www.ecmapdc.org/tool.

The study findings will inform decisions of the Early Learning Quality Fund (ELQF), a $3.8 million loan fund supported by the Foundation. Reinvestment Fund is using the fund to make loans to qualifying early learning providers in order to finance the addition of new high-quality seats in Ward 7 and 8.

The District of Columbia also is using the data to inform investments as part of Mayor Muriel Bowser’s $9 million facility enhancement plan to expand by 1,000 the number of infant and toddler seats across the District. 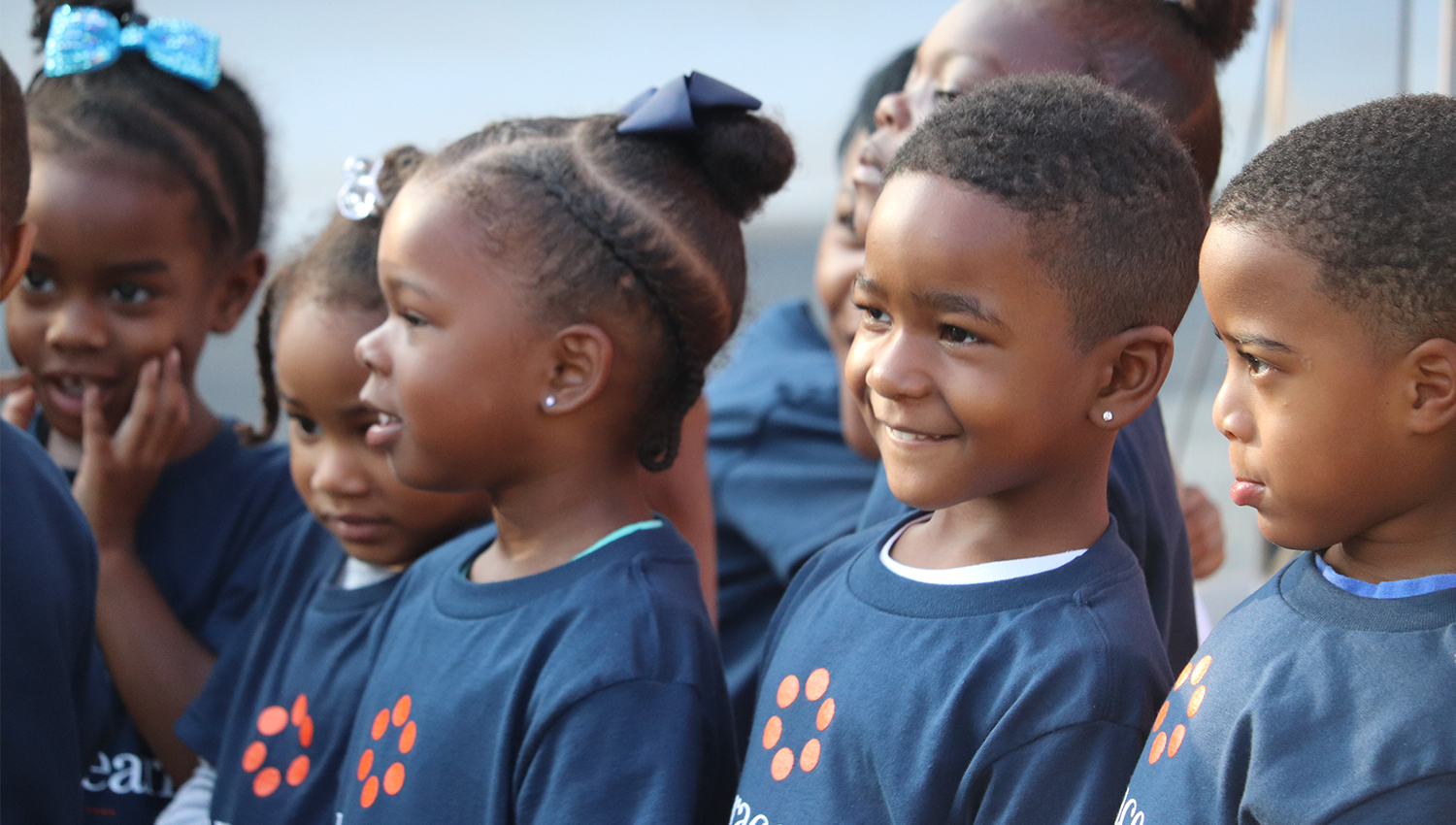 In 2017, Reinvestment Fund, in partnership with GEEARS: Georgia Early Education Alliance for Ready Students, Learn4Life and the Metro Atlanta Chamber launched ATL ACCESS Map, a new tool to explore the early learning landscape in Metro Atlanta. ATL ACCESS (Atlanta Child Care and Early Learning Supply Status) Map models the supply, demand, and gaps related to child care in the region. It identifies places where care is most scarce, and where investments are most needed.

Neighborhoods across the five-county metro region, which includes Fulton, DeKalb, Clayton, Cobb, and Gwinnett, have a shortage of early care and education services. Data estimates that there are as many as 262,000 children under five in the metro region who need access to care. However, an estimated nearly 3,000 providers in the region represent an approximate total capacity of 173,000. About one third of the estimated existing demand is unmet. This is higher compared to other cities such as Philadelphia, PA and Newark, NJ, where unmet demand is at roughly 20 percent. 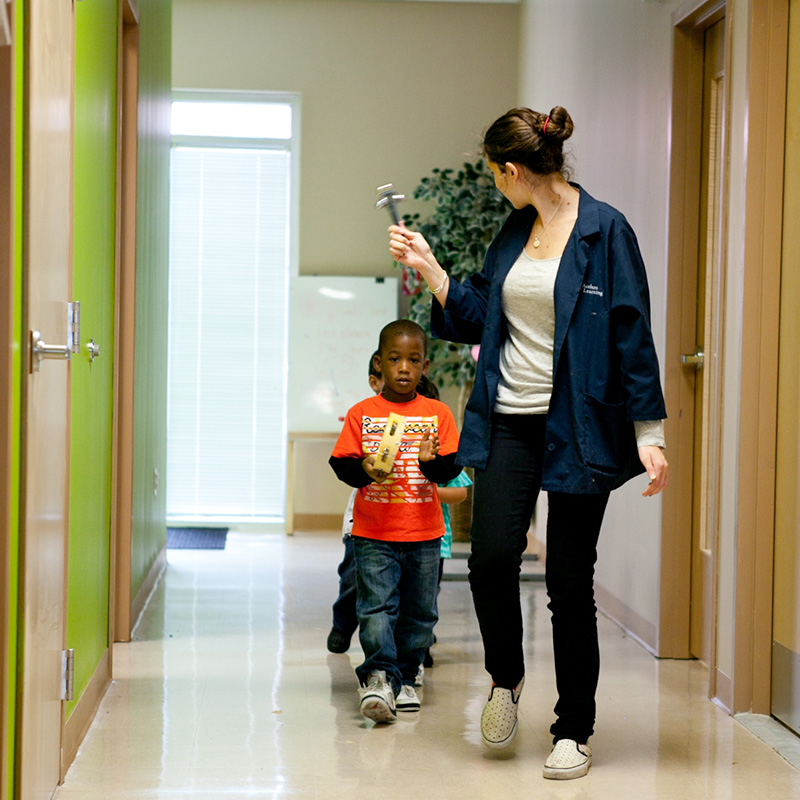 A childcare analysis project is underway in Paterson and Passaic County, NJ, following the same model employed in Philadelphia and Newark, with some adaptation for local data availability. It is underwritten by the Nicholson Foundation with additional support from the Henry and Marilyn Taub Foundation.

Reinvestment Fund completed a study of the supply of and demand for early childhood education (ECE) in Passaic County, NJ. Adapting a methodology developed for a 2014 study of child care in Philadelphia, the study results for Passaic County, NJ suggest that over half of all ECE (57%) is provided in state licensed childcare centers, and 27% is provided in high-quality centers (i.e., centers with National Association for the Education of Youth Children (NAEYC) accreditation, within a Head Start Program, or operated by a Passaic County public school district).

With support from the Nicholson Foundation and Taub Foundation, Reinvestment Fund created an interactive web-based tool to present the results of this analysis, accessible at www.passaicchildcaremap.org. This tool shows the supply of and demand for ECE and identifies where gaps in total and high-quality ECE exist throughout the county. 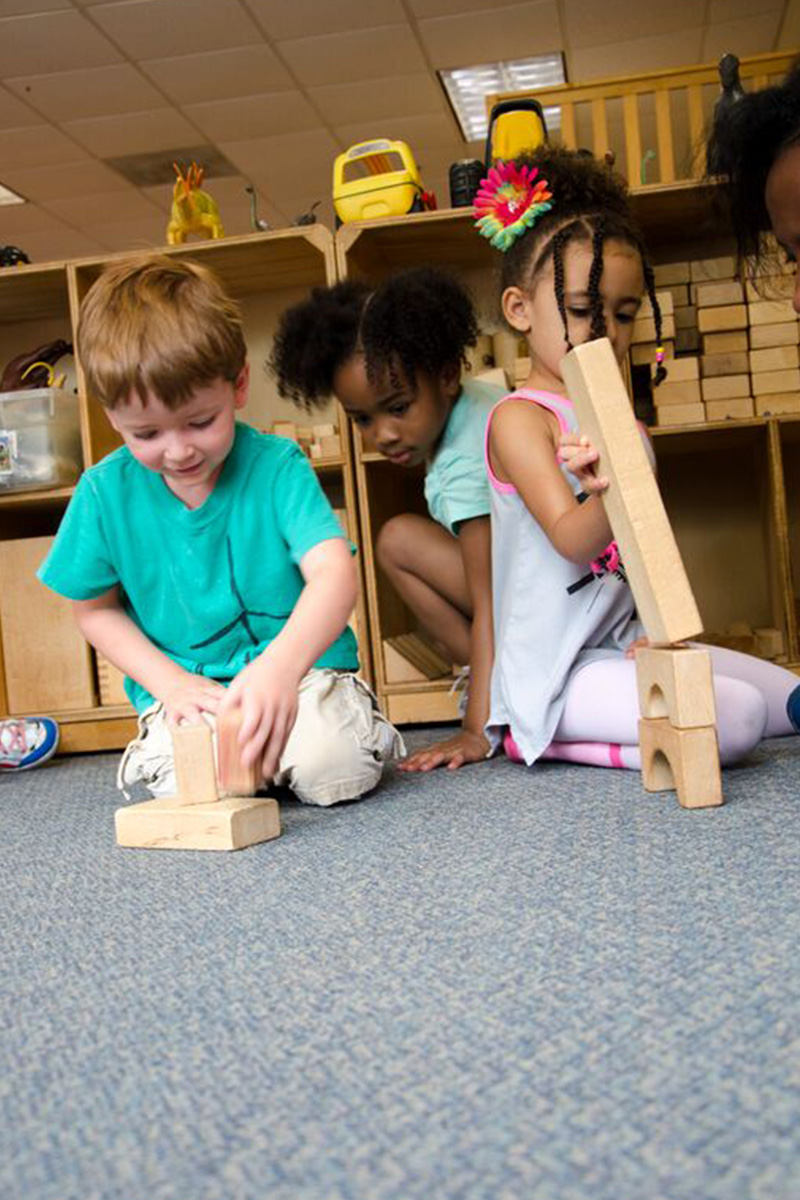 In 2016, Reinvestment Fund completed a study of the supply and demand for high quality child care in Newark, NJ. With support from the Foundation for Newark’s Future (FNF), Reinvestment Fund created an interactive web-based tool based on this analysis, accessible at www.newarkchildcaremap.org, which identifies gaps between supply of and demand for childcare. Main findings include:


See the impact of our investments


Meet our team of experts


Explore our research and analysis