No one will go there. That is the refrain that met the series of ideas for the large, vacant lot in the West End of Louisville, Kentucky. 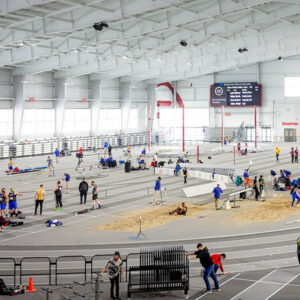 But Louisville Urban League (LUL)President Sadiqa Reynolds knew better. “I promise you, if we build something worth coming to, people will come from everywhere.”As the residents of the Russell neighborhood attended meetings to brainstorm the future of the contaminated lot left vacant by a tobacco processing facility, they dared to dream big.

A space for children to play, learn, and showcase their talents. A location for the community to convene. An attraction to bring in visitors from far and wide. A place to display the history and potential of a community that felt forgotten.

That vision ultimately led to the approval and construction of the Louisville Urban League Sports and Learning Campus, located at the corner of 30th and West Muhammad Ali Boulevard. The campus is home to the Norton Healthcare Sports & Learning Center and the Humana Outdoor Track & Field. Planning for the facility began in 2017, ultimately taking 18 months to build and $53 million to finance. The complex opened in February 2021 in a pandemic and in the midst of civil unrest.

The 24-acre, state-of-the-art sports and education facility sits in one of Kentucky’s poorest neighborhoods. The average life expectancy is twelve years lower than that of more affluent parts of Louisville. That ZIP code now features a building with a hydraulic indoor track–one of less than a dozen in the country– a four-lane miniature bowling alley, interactive climbing wall, an outdoor track, and classroom facilities.

Within the first eight weeks of openings, the space has already hosted runners from 22 states and three countries. Professional athletes and Olympic hopefuls have stopped by to train. Now, the West End has another success story to change the narrative about the community.

Within 48 hours of the opening of the sports complex, Reynolds observed five students from Notre Dame warming up outside the facility.

“This happened in an area of town where people said there was no way you could get people to come in,” Reynolds said. “The people are coming in droves.”

The facility stands as a beacon of possibility. Words and images reflecting Black excellence and resilience greet visitors on the exterior and interior walls of the building. Pictures of local and national leaders are featured in photographs and paintings created by artists in the community. The words of historic figures like Nat Turner and Fannie Lou Hamer line the walls to showcase the proud tradition of bravery and the pursuit of racial justice that brings the community to the present and moves it toward the future.

A local poet was commissioned to write a piece entitled “While we were building” to express the challenges faced as the facility was built. The project serves as a powerful example of what it looks like to value Black art, Black work and Black communities.

“We are building success on top of success on this land that was once abandoned and vacant…This project could not have happened without the Federal New Markets Tax Credit (NMTC) investment.”

The positive impact of the facility was immediate, creating more than 300 jobs. In some cases, the LUL’s construction training program was able to take individuals who walked through their doors and provide them with training and a position on the site.

An intentional involvement of community resources is an ongoing priority for the building. Food trucks featuring local cooks have parked outside for events. In total, 40% of the construction costs of the project were spent with Black companies, likely the largest investment in Black businesses of any project in Kentucky’s history.

“We are building success on top of success on this land that was once abandoned and vacant,” Reynolds proudly stated. She went on to say, “This project could not have happened without the Federal New Markets Tax Credit (NMTC) investment. The gap was just too great. But for the Reinvestment Fund, National Development Council and Telesis, this would be another broken promise to a community with a collection of disappointments.”

To finance the facility, Reinvestment Fund provided a $8.5 million NMTC allocation for the project. National Development Council and Telesis also provided NMTC allocations for the $53 million project. Additional financing for the project came from an LUL capital campaign, the Metro Louisville Government, Kentucky NMTC allocations, and a loan from a group of nine community banks. The federal NMTC equity fills a gap in the project budget that otherwise would have impaired LUL’s operating funds or caused the project to be delayed.

On top of the hard work of securing the financing for the complex, the COVID-19 global pandemic meant that LUL and its partners were uncertain of their own futures, moving from meeting rooms to home offices. In Louisville, the fears of the climbing death toll due to the coronavirus collided with protests over the killing of Breonna Taylor by Louisville Police as she slept in her home. 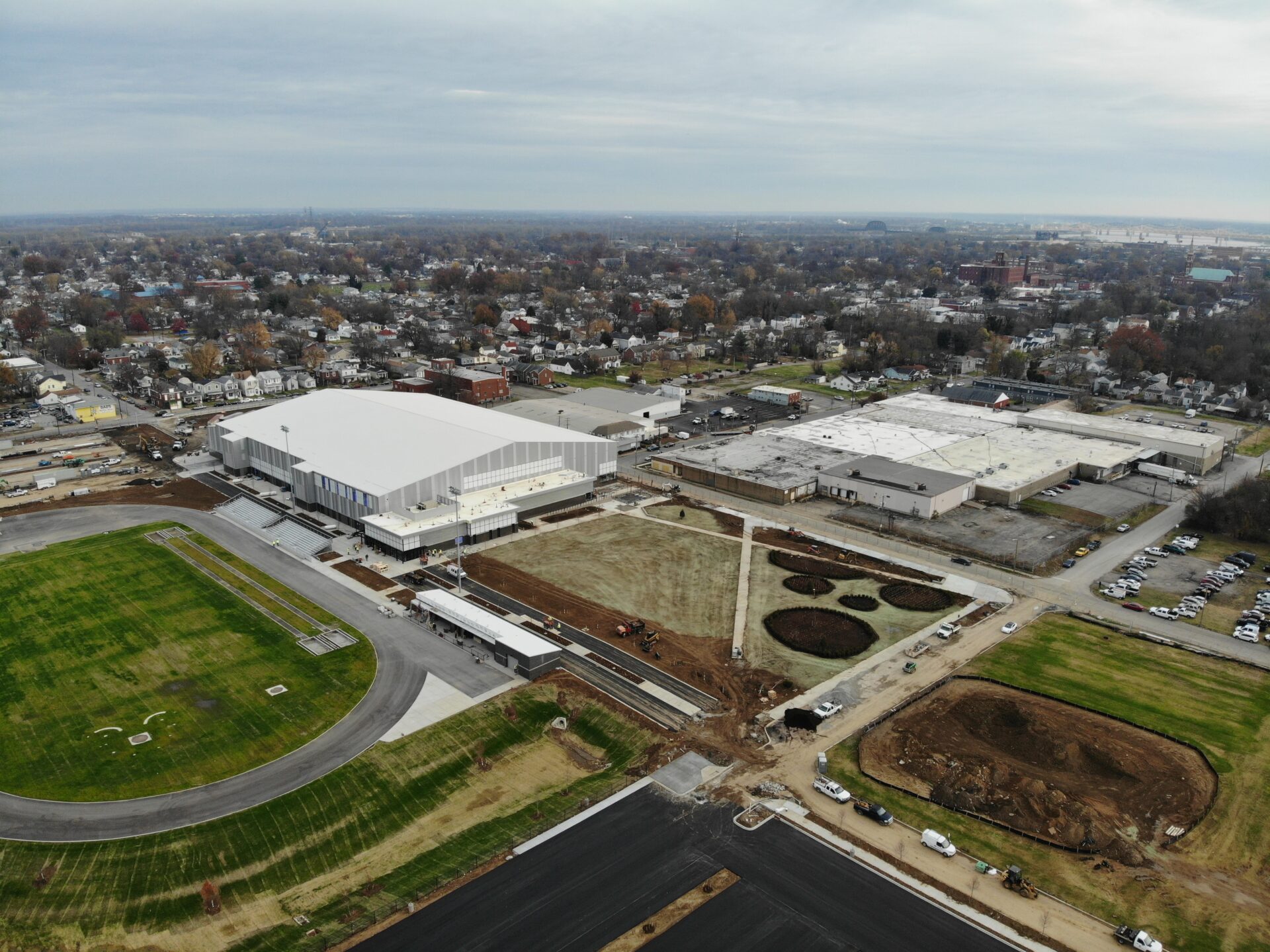 After 18 months of construction and years of dreaming, the West End finally has a beautiful facility to call its own—the Louisville Urban League Sports and Learning Campus.

The need for success was clearer than ever, but the obstacles in 2020 were substantial. LUL believes its partners went above and beyond to make the complex a reality. Reynolds said, “Through it all, we stayed focused because we never forgot why we were doing the work. We found a way to come together and to bring people together.”

After 18 months of construction and years of dreaming, the West End finally has a beautiful facility to call its own. A senior citizen who encountered Reynolds at the building shared her joy about the project. “I just want to tell you, I’ve been coming over here, walking on the outdoor track,” she told Reynolds. “I just appreciate it so much. I feel safe. And then I brought my grandkids to look at the building to see the artwork. I love what you all have done.”

As the profile of the sports and learning campus continues to rise, Reynolds sees a bright future for the Russell facility. “I think this space will be even more than we imagined because the community is going to make it into what the community needs.”