When Venroy July moved to the historic Hollins Market neighborhood in Baltimore, Maryland, he could see the area’s potential. Given its proximity to the Inner Harbor, business district, nightlife, major highways and community institutions, the neighborhood is situated in the perfect location. For a city that is predominately Black, he observed, there lacked a central gathering spot or a neighborhood for young Black professionals to aggregate and identify as their own and own a part of the fabric.

Over time, he invested in single-family homes and multifamily units, but it was 1019-1041 West Baltimore Street that caught his eye. A community pillar, the building is part of nine contiguous mixed-use buildings featuring commercial space and residential units. The property had potential, but it needed someone to reposition the property who was willing to fully commit to the neighborhood and invest time and equity into creating a place for Black professionals and entrepreneurs to flourish.

That person was July, a partner with the law firm Dickinson Wright PLLC, investor, and developer, who encouraged other young Black professionals to invest in real estate development. A friend connected him with the Reinvestment Fund, which provided the financing for the acquisition and rehabilitation of “The Greenwood” through the Baltimore Renaissance Development Group LLC and Baltimore Renaissance Opportunity Zone Fund LLC, two single purpose entities that he controls.

The project is an homage to the Greenwood neighborhood of Tulsa, Oklahoma, often referred to as “Black Wall Street,” the center of unparalleled wealth destroyed by an angry white mob nearly 100 years ago. July’s vision for the Hollins Market neighborhood is to build Black Wall Street in Baltimore.

To understand how he got here, one must first understand where he came from. 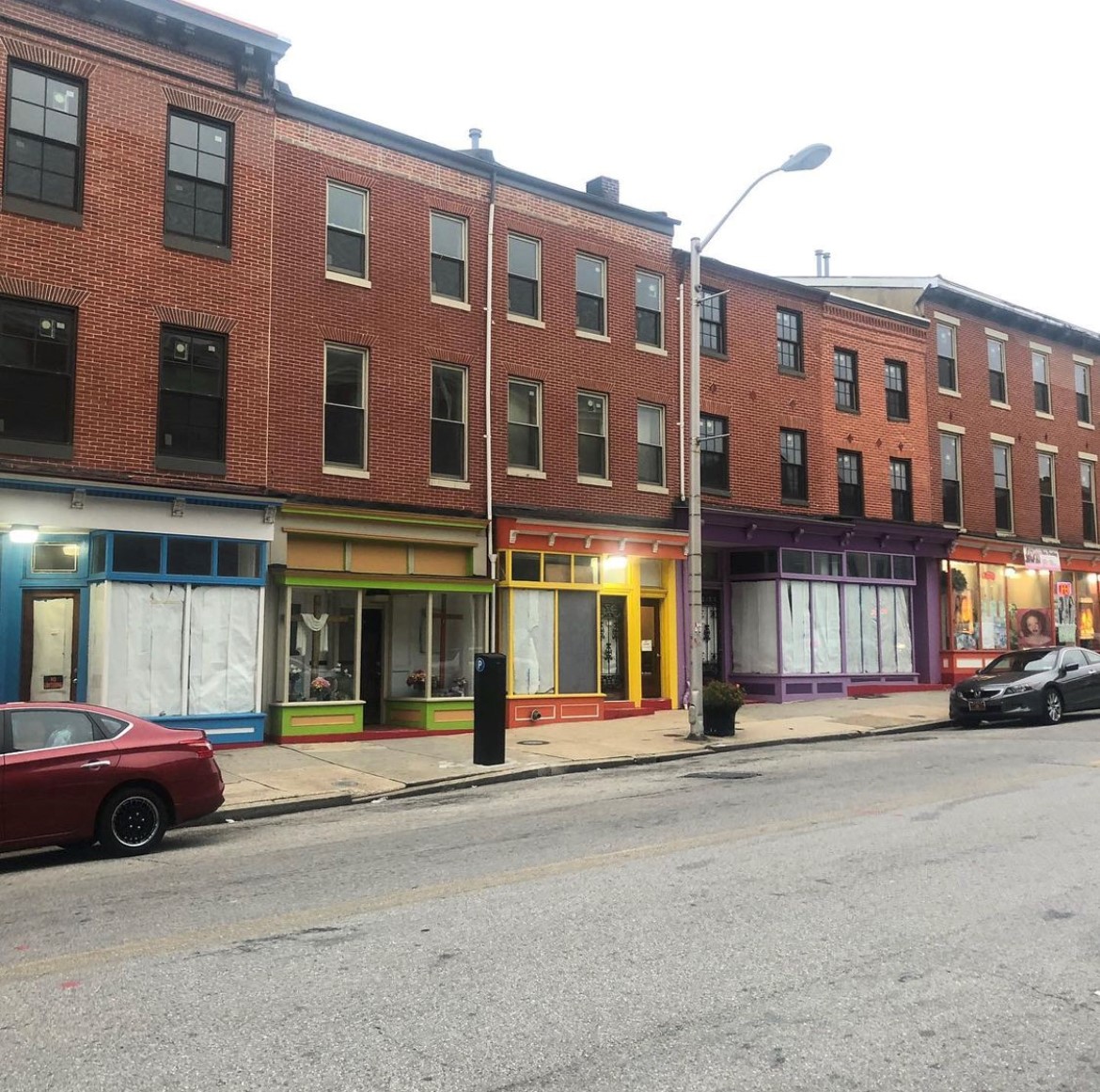 The mixed use building will include commercial space and affordable housing units.

“My path was crafted by the places where I lived,” he said.

July grew up in Jamaica, and his family moved to the Bronx, New York, when he was 11 years old. He said it was a rough neighborhood, plagued with violence and crime. So much so that his parents wouldn’t allow him to go outside to play.

Wanting what was best, his parents sent him to the Taft School — a boarding school in Connecticut. From there, he attended the University of North Carolina at Chapel Hill for his undergraduate degree, followed by Duke University for law school. After obtaining his law degree and landing his first job at a law firm, he moved to Washington, D.C. where he found himself again travelling through rough neighborhoods.

After four years in Washington, D.C., he moved to Baltimore, making his home in Hollins Market, a thriving neighborhood, not far from the Inner Harbor. A client introduced him to the area, and he loves that major city amenities are within walking distance. There is a strong community association, and the area is also now part of the University of Maryland Biopark’s expanded footprint.

“Baltimore has a lot of assets,” he said. “It is by the water; has a great geographic location near highways, institutions, and colleges. There’s real potential for this city to do it right by allowing for Black ownership and development. Not just people getting pushed out, as has historically happened in other major cities,” he said.

“Baltimore has a lot of assets, it is by the water; has a great geographic location near highways, institutions, and colleges. There’s real potential for this city to do it right by allowing for Black ownership and development. Not just people getting pushed out, as has historically happened in other major cities.”

Today, the same neighborhoods in New York, Durham, and D.C. that July said were once considered rough have changed. “In those places, development and gentrification have taken place. The houses are now worth three times what they were, and people cannot afford to live there.”

Seeing that same potential for growth in Hollins Market, given its proximity to the University of Maryland, the stadiums, nightlife, and other amenities July recognized the opportunities for investing in the neighborhood. Soon, he found himself purchasing a single-family home, then another, followed by a multiunit dwelling. A mixed-use building that spanned a city block had caught his eye, but the owner was not quite ready to sell. Before long, he had acquired a portfolio of single-family homes which he successfully rented to other young, black professionals including a lawyer for Baltimore City, a social worker, a police officer, and an assistant principal for a Baltimore school.

Along the way, he gained skills and experience doing complete renovations, working with contractors, project managing, budgeting, etc. In hindsight, he believes it was those firsthand experiences and lessons learned that prepared him for the day when he became owner of 1019-1041 West Baltimore Street.

Five years prior, July had approached the owner, a fellow Jamaican, and savvy real estate investor, about purchasing the property, but he declined the offer. “It worked out for the best that I didn’t get the project when I was initially interested because it allowed me to grow slowly,” he said. “I needed the trials and tribulations of buying individual homes and multiple units. I now understand the pain points of contractors not showing up. Costs increasing. I can see every step of the construction projects. I feel better equipped to handle it.”

The building July eventually acquired was grossly underutilized. Of the 30 residentials units, ten were occupied. Four of the 11 commercials units were occupied, with two tenants considered non-performing.

Since July lives in the neighborhood, he has built a strong rapport with community members. “Neighbors are enthusiastic, he said. “People are excited and ready for this development. A lot of people come in and make promises and not execute, but they know me.”

July has started to renovate the residential units in the building, addressing some cosmetic issues, with plans to rent them at market affordable rents. Over the past decade, rents have risen in the Baltimore’s middle-market neighborhoods, while wages have remained flat. This phenomenon increases rental burdens for lower to middle-income households, which are not targeted for direct subsidy. Market affordable housing addresses this problem by providing housing that is affordable without rent restrictions or subsidy by virtue of location, condition, and property amenities.

While he is focused on renting the residential units, July is also being “thoughtful that tenants occupying the commercial space are [businesses] that will be useful for the 30 tenants who will be living upstairs, but also beneficial to the community, while attracting others to the neighborhood,” he said. His current tenants include a heating and air conditioning company, a pharmacy, a concierge service, a workout dance studio, and an eyelash bar. He also hopes to get a laundromat and a gym in the block because the neighborhood currently does not have one that is accessible to all.

“The current commercial tenants are all young, local Black entrepreneurs,” he continued. “It’s important because real estate and the rental costs related thereto often times ends up being a barrier for Black businesses to succeed.”

Creating space and opportunity for everyone is important to him, as evidenced by his involvement and leadership in the Baltimore Young Professionals, an organization which he and other professionals founded in Baltimore some 7 years ago. More recently the organization has been hosting a series of events focused on financial empowerment.

July sees opportunity for organizations like Reinvestment Fund to help young professionals and entrepreneurs with programming about financing and the expectations of taking on debt. “I think most developers just don’t have the resources or know-how of what is necessary. And quite frankly, that information is somewhat difficult to come by in Baltimore City and so people end up getting stuck just doing individual houses and aren’t ultimately able to scale.”

“I appreciate the money that Reinvestment Fund provided, but I also want to acknowledge that this development would not have happened without the equity that came from all Black investors, including small dollar investors. We are trying to be true to what we are trying to create. It’s important because it’s a model that doesn’t often happen—the opportunity to participate in these types of projects.”

The opportunity to start building a Black Wall Street in Baltimore. 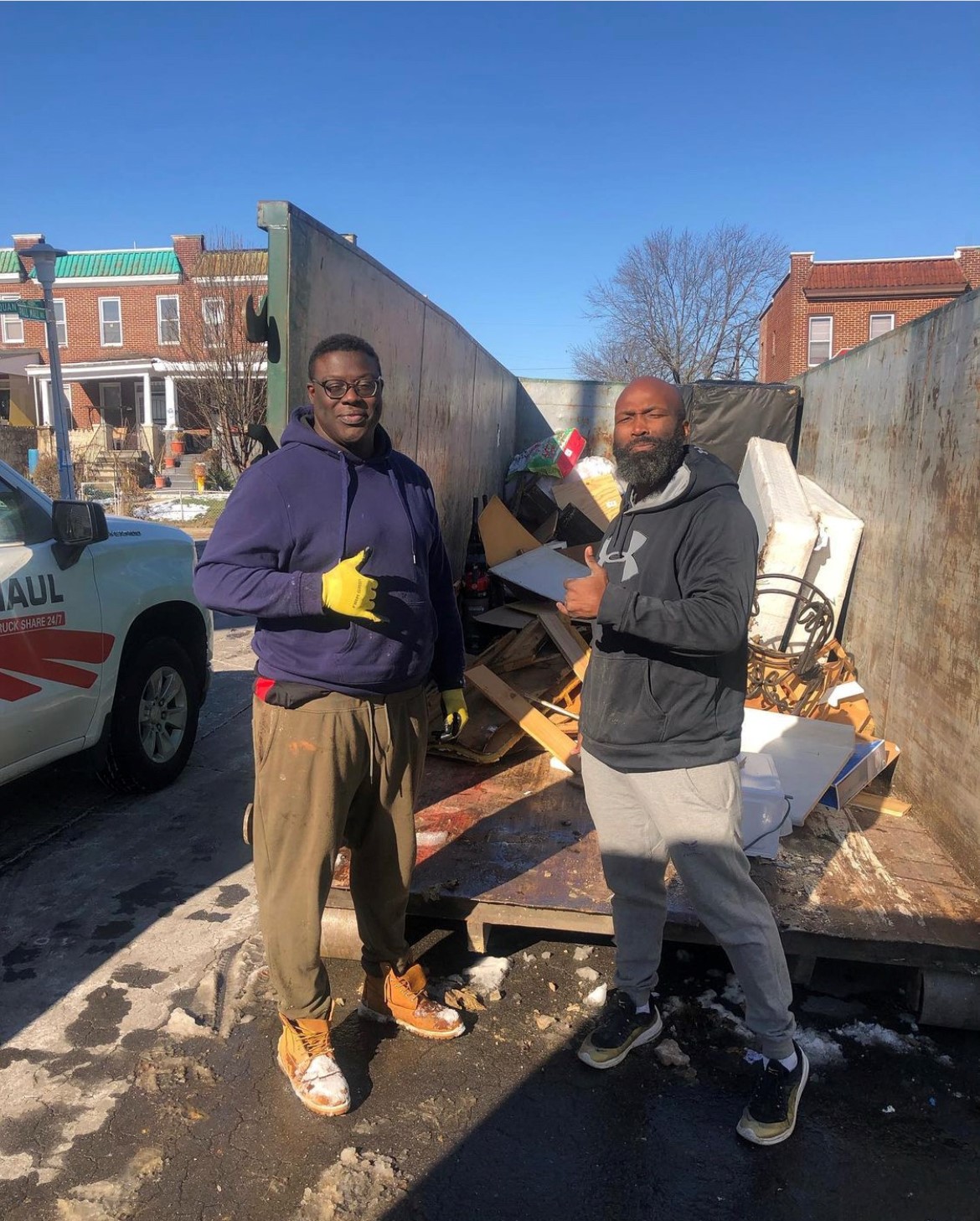 July has started to renovate the residential units in the building, addressing some cosmetic issues, with plans to rent them at market affordable rents.