Nadine Ngouabe Dlodlo, a native of Cameroon, is an advocate for single mothers and widows and is passionate about supporting their economic independence through homeownership. 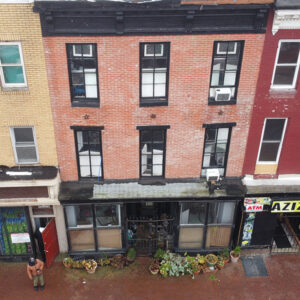 The mission-driven development firm focuses on creating housing stock that is accessible to single mothers and widows. The nonprofit organization helps single mothers who are homeowners by providing emergency financial assistance to prevent foreclosure.

Based in Baltimore, Maryland, the multilingual entrepreneur notes that Baltimore is “a tale of two cities with one side that has suffered from systemic disinvestment…I really, really fell in love with West Baltimore, not only for its history but also for the potential it represents.” She became interested in creating affordable housing options and addressing untapped opportunities within the neighborhood such as establishing upscale retail stores and cafés.

Southwest Baltimore is home to several historic neighborhoods as well as a robust hospital and medical ecosystem which includes the University of Maryland BioPark. In 2019, Market Center Community Development Corporation raised awareness about the lack of affordable housing in the area for healthcare workers. Ngouabe Dlodlo empathized with those workers who are single mothers and took action to meet that need. It was through that process that she connected with other organizations, including the Union Square Association and Reinvestment Fund.

“I really, really fell in love with West Baltimore, not only for its history but also for the potential it represents.”

The association’s current vice-president, Patty Hogan, believes Ngouabe Dlodlo’s plan for commercial enterprises is critical. “She’s filling a void we have in the community. It’s not another liquor store. We have enough of those. [Her proposal] is something new, something refreshing to this neighborhood. It will be such a catalyst.”

Reinvestment Fund reached out to Ngouabe Dlodlo to assist with the acquisition of the property. “Reinvestment Fund was very proactive. I have a lot of respect for Michael Pokorny and his team. They know Baltimore City. They know what they are doing. They did their research with me and the project went through a thorough underwriting process.” 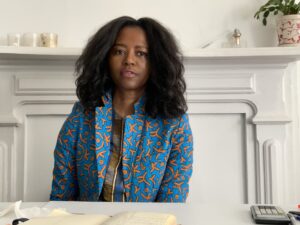 Ngouabe Dlodlo has since secured three properties on West Baltimore Street with support from Reinvestment Fund and envisions a bustling commercial strip featuring locally-owned restaurants and rental units with priority given to employees from nearby healthcare facilities. One of the renovated buildings will have nearly 5,000 square feet and will house a showroom for the African print apparel brand ISONAH, in addition to an apprenticeship program for people interested in tailoring.

The second and third buildings have about 10,000 square feet and will include a storefront café. The upper floors will have apartments to rent, with priority given to single mothers. The project is supported by Southwest Partnership, Reinvestment Fund, and the Maryland Department of Housing and Community Development.

Ngouabe Dlodlo’s labor of love is empowering women through financial self-sufficiency. She encourages women to “Start small, build skills and also build your finances. You can start with one property. Don’t be afraid to create your own path.”

Her commitment to support and uplift women who are heads of households remains stronger than ever. And soon, her vision of a thriving West Baltimore Street corridor will take root.