While homeownership has historically been seen as a crucial step in building wealth, people of color in America have long faced greater financial and generational hurdles than white Americans when it comes to homeownership, in addition to outright discrimination. The Barriers to Homeownership research initiative enlisted the support of several financial counseling agencies and Reinvestment Fund’s Policy Solutions team to chronicle and analyze the experiences and challenges of first-time homebuyers in the process of seeking credit and buying a home. By studying a group of first-time homebuyers in Pennsylvania — supported by PHFA’s housing counseling network — the hope was that the actual experience of people navigating the homebuying process could shed light on why lending outcomes are differentiated by race. The findings highlight the varied factors contributing to those disparities. Put simply: Disparities in mortgage lending, and the home buying process more generally, are about much more than creditworthiness. Some of the recommendations proposed to address the findings include encouraging lending institutions to undertake self-testing and monitoring, fair housing training, and flexibility in the modes of communication used with mortgage applicants. 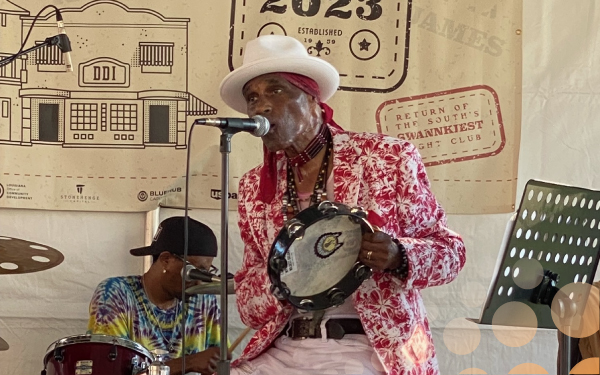 Located along the LaSalle Street corridor in the Central City neighborhood of New Orleans, a historically Black part of the city, is the Dew Drop Inn. Opened in 1939 by Frank Painia, what started as a barbershop quickly grew into a well-known hotel and music venue, complete with a restaurant and bar. Over time, the business grew with the addition of the hotel, which boomed during World War II. During this time, the Inn hosted musicians such as Ray Charles, Little Richard, James Brown, and many more in the lobby of the hotel. As segregation ended though, so did the success of the Inn. The business, which was already declining, floundered after Frank Painia’s death in 1972, and the property has sat vacant since hurricane Katrina in 2005. Recognizing the need to restore this New Orleans cultural gem, Black developer Curtis Doucette Jr. purchased the property to reactivate it as an important neighborhood attraction. The renovated Inn will feature 17 boutique hotel rooms, a music venue, retail space, and a pool lounge. Not only will this endeavor help revive the music scene in part of the city, but it will also bring attention to the greater revitalization efforts taking place throughout the corridor. The restored Inn, and community anchor, is set to open its doors in 2023.

Reinvestment Fund has partnered with Capital Impact Partners, and Low Income Investment Fund to design and implement a $30 million initiative on behalf of Wells Fargo: Growing Diverse Housing Developers (GDHD). GDHD will deliver essential capital and capacity building to housing development firms led by people of color based in California, Texas, Georgia, and the New York, Philadelphia, Baltimore, and Washington Metro regions. The primary goals of the GDHD initiative are to increase the supply of homes that are affordable and to support the sustained growth and financial success of development firms that are led by people of color. With the goal of producing a minimum of 1,500 affordable housing units across the participant cohort over the next six years, 27 affordable housing development firms from the focus geographies have been selected to join a national learning cohort, which will take place over four years. In addition to technical assistance and mentorship, the participants will also receive enterprise-level grants to fund investments in infrastructure, staff, and other capacity building resources, and access to flexible loan products to fund their affordable housing pipeline.